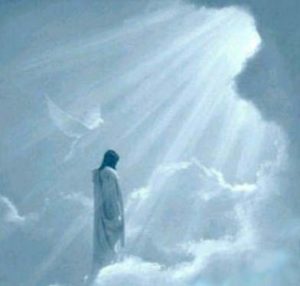 The Spirit Helps Us Die

If you are insulted for the name of Christ, you are blessed, because the Spirit of glory and of God rests upon you. —1 Peter 4:14

Corrie ten Boom tells how she worried as a girl whether she would be able to stand against the Germans if she was threatened. She felt so weak when she thought about what might happen. Her father, I think it was, gave her a great illustration. He said, “When you are going to take a journey on the train, do I give you your ticket three weeks early or just as you get on the train?” She answered, “As I get on the train.” “So God will give you the special strength you need to be strong in the face of death just when you need it, not before.”

I believe 1 Peter 4:14 promises that in the hour of greatest trial God comes to his children to give them courage and faith which they did not know they were capable of. The Holy Spirit will help you die.

Good tradition tells us that Paul was beheaded by Nero. Paul’s last letter was probably 2 Timothy. His trial had already begun. Picture the old soldier, battle scarred for his Commander, in custody in Rome. He is called before the court. Everyone knows his days are numbered. He’s a marked man. So none of his friends stand by him. He makes his defense. The decision is made to hear him once again—then the end. He goes back to his quarters and writes these words to Timothy (2 Timothy 4:16–17), “At my first defense no one came to stand by me, but all deserted me. May it not be charged against them! But the Lord stood by me and strengthened me.”

I pray that you will remember these words: The Spirit will help you die. He will stand by you when there is no one else. He will sustain your faith. He will give you glimpses of glory. He will cause you to magnify Christ in your death. Courage which you never thought was possible will be yours. The Spirit of glory and of God will rest upon you and carry you home.

Live by the Spirit Devotions by John Piper