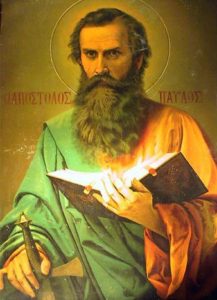 Paul and his companions traveled throughout the region of Phrygia and Galatia, having been kept by the Holy Spirit from preaching the word in the province of Asia. When they came to the border of Mysia, they tried to enter Bithynia, but the Spirit of Jesus would not allow them to. So they passed by Mysia and went down to Troas. During the night Paul had a vision of a man of Macedonia standing and begging him, “Come over to Macedonia and help us.” After Paul had seen the vision, we got ready at once to leave for Macedonia, concluding that God had called us to preach the gospel to them.

I see three areas that I would like to bring out within the passage above. First, Strategy: We make strategies and plans, oftentimes based on our desires. God has His own plans and His own desires. The Christian life is about aligning with God. As we move forward as a church, it is of utmost importance to discern which doors Jesus is shutting and which ones He is opening.  I believe it is time for deep prayer, and deep reflection on the will of  God for our present and future.

Second, Timing: If we look closely at the Acts passage above, in God’s timing, the word was eventually preached in Asia, and also, within fifteen years, the word was preached in Bithynia through Peter’s ministry (see the beginning of I Peter). But though Paul attempted to preach in these areas sooner, God’s will prevailed, and Paul preached the gospel in Macedonia instead. We may have an idea of when certain things should happen, or we may even believe God has let us down if something does not happen according to our timeline. But that’s not the way the things of God’s kingdom work. They work on His timing and not ours! This is important to remember, and it helps us to remain patient, but also to remain vigilant and prepared for when God does show us in exact ways, what He wants us to do.

Last, Obedience: What does it mean when the passage states that the Holy Spirit kept Paul from preaching in Asia, and that the Spirit of Jesus would not allow them to enter Bithynia? Perhaps a series of events stopped them…’closed doors’ so to speak. Another possibility is that they prayed and it was revealed to them to stop what they were doing and to go to Macedonia instead. Regardless of the cause, the text illustrates in no uncertain ways that God is in control of Paul’s ministry, and today, God is in control of our ministry as well. In fact, God is in control of everything–our personal lives, our professional lives, and our calling to do ministry in our church and in our community.

Park View Christian church, God bless you as you continue to seek His Strategy, Timing, and Obedience.