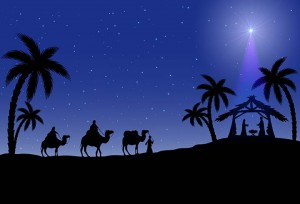 The season of Epiphany begins on January 6, and lasts through February 9. Epiphany is the celebration of the manifestation of God to the world through his son Jesus Christ. The Day of Epiphany is the traditional day when both Western and Eastern forms of Christianity celebrate the coming of the magi to worship the Son of God. It is believed that the Magi represent the belief that Jesus came to save not only Israel but all the world.