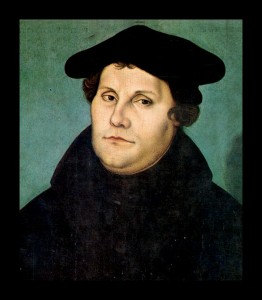 Martin Luther, as a herald of the Reformation, exclaimed that the church must be profane. It must move out of the temple and into the world. Luther looked to the Latin roots of the word profane, which comes from pro-fanus (“outside the temple”). If Christ is not relevant outside the church, He is insignificant inside the church. If our faith is bound to the inner chambers of the Christian community, it is at best a disobedient faith and at worst, no faith at all.

It was the Pharisees who developed the doctrine of salvation by separation. They were practicing segregationists, believing that holiness was achieved by avoiding contact with unclean sinners. No wonder they were scandalized by the behavior of Jesus, who dealt with Samaritans, ate dinner with tax collectors, placed His hand upon lepers, and ministered to harlots. Our Lord was accused of being a drunkard and a glutton, not because He was overweight or given to intemperance, but because He frequented places where these things were commonplace.

If guilt by association were a legitimate offense, Jesus would have lost His sinlessness early in His ministry. But He came to seek and to save the lost. He found them gathered in His Father’s world.

Jesus came to seek and save the lost. He commanded us to do likewise. What are you doing in response to that command?